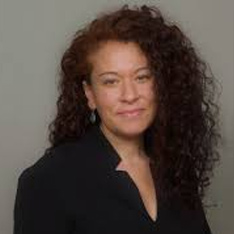 Dina Kuperstock graduated with honors from the University of Michigan with a BA in American Culture, and minors in Film/Media  and Anthropology.  Prior to pursuing chaplaincy, Dina was an agent  in the Media Finance Department at Creative Artists Agency, one of the world’s largest entertainment agencies. She managed the company’s film sales business, licensing film rights to studios, independent distributors, television, and digital platforms. Dina worked with many top directors, producers, and film financiers,  securing distribution for some of the most critically-acclaimed, award-winning,  and profitable films. She is  a veteran of the international film festival circuit and a  well-known advocate for diversity in media.  In 2011, Dina was featured as one of Hollywood’s New Leaders in Variety.

Dina completed four units of Clinical Pastoral Education and is currently working toward becoming a Board-Certified Chaplain. She previously worked as  a  chaplain intern in the Emergency Department  and Intensive Care Unit at Methodist Hospital of Southern California.  Dina also served  as an intern  in the Chaplaincy Department at the Motion Picture Television  Fund, which provides health and social services for entertainment  industry  members and retirees. She now serves the MPTF community as a staff Chaplain.

Dina considers it a great privilege to serve individuals  and families of all spiritual and religious identities and will continue to develop her specialization in the fields of palliative care and ritual innovation.  Her thesis proposed a new Jewish ritual to elevate the spiritual experience of Advance Care Planning.

Dina is grateful to the AJRCA community for surrounding her with caring guides and soulful companions.She is deeply humbled by the cheerleading of her large family and dear friends, who continually teach her new ways to be loving, supportive,and present, even in physical absence. She wants to particularly acknowledge Darryl and David, Aliza and Scott, Marcy and Dale, and her beloved partner Aaron, who became her husband earlier this month.