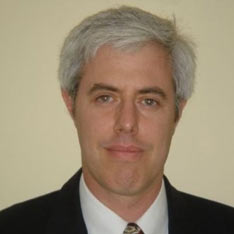 R. Bennett Blum, M.D. is a rabbi and an internationally acclaimed physician specializing in both forensic and geriatric psychiatry. An expert on the detection and impact of psychological manipulation tactics used by offenders to exploit the elderly and other vulnerable adults, his pioneering assessment techniques are taught throughout much of the Western Hemisphere. Dr. Blum’s work has been promoted by many international and US-based organizations, including: the United Nations and the International Criminal Tribunal for the Former Yugoslavia; US State Department and the Court of Bosnia and Herzegovina; Spanish Society of Legal Psychiatry; the World Psychiatric Association; American Bar Association; National College of Probate Judges; Association of Judicial Disciplinary Counsel; and the National Guardianship Association.

As a rabbi, Dr. Blum teaches the ancient, Medieval, and modern rabbinic writings regarding interpersonal exploitation, spirituality, and ethics. He has served as the chairman of the Ethics Committee for MAJR, the alumni organization of rabbis and cantors for the Academy for Jewish Religion – California.

Abstract:
Elder financial abuse is a tragic, yet common, social phenomenon that results in increased morbidity and mortality of victims, as well as billions of dollars in social costs and economic loss.  The behavior has occurred throughout history, and is cross-cultural.  One of the most common methods to perpetrate elder financial abuse is called “undue influence” – a term that refers to excessive or inappropriate manipulation.  Talmudic and other Rabbinic sources were well-aware of undue influence and the corrosive effect it had on society.  One of the terms used to describe a particularly pernicious form of undue influence is geneivat da’at.  This paper reviews the concept of geneivat da’at, its development through history, and its applicability for use in the modern US legal system for understanding, preventing, and intervening in elder financial abuse cases.