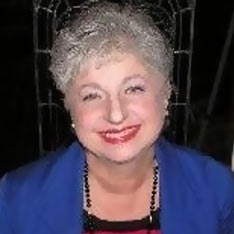 Position: Rabbi/Resource Rabbi
What an incredible journey! Born in Montreal, Canada, and living in Los Angeles near her children and grandchildren, Rabbi Corinne Heather Copnick entered AJR-CA’s rabbinic program at the age of 73, with a richly developed background. Her earlier career in the arts in Canada spanned national (CBC) radio, television, film, stage, and visual art. In Montreal, as owner/director of Galerie La Magie de L’Art, she created more than 40 stellar exhibitions and a dozen cultural events. In 1991, in cooperation with the Central Museum of Zagreb and the Jewish Museum in Belgrade, she organized an outstanding international exhibition of Jewish Art Treasures from the former Yugoslavia.
In Toronto she directed many plays for both Medina Theatre and the Jewish Theatre Committee of Greater Toronto. For fifteen years, she ran a successful Writing and Editing Service, guiding many books to publication, writing a regular column for Toronto’s Jewish Tribune, and serving as Entertainment Editor of Jewish Life. Corinne’s own literary works include Altar Pieces, screened nationally many times on Canadian TV; Embrace, bilingual (English/French) love poems; and the humorous How To Live Alone Until You Like It…And Then You Are Ready for Somebody Else. Cryo Kid: Drawing a New Map, her most recent book, was awarded finalist status in the 2009 National Indie Awards of Excellence.
A recipient of various grants and scholarships, Corinne was honored to serve as resident writer at the Banff Center for the Arts. Funded by a government grant, she designed a groundbreaking, role-playing simulation on Canadian unity called Future Directions. An acclaimed play that she wrote for drug education purposes, Metamorphose, was featured at the Quebec Pavilion of Montreal’s Man and His World as well as many other venues. The Canadian Commemorative Medal (1992) recognized her substantial contribution to Canada. In 1998, the National Council of Jewish Women (Montreal Section) honored her, with other Past Presidents, as a Woman of Distinction. She has served on the Boards of various community organizations (in Canada, Temple Emmanuel Beth Shalom, The Quebec Drama Festival, and The Jewish Theatre Committee of Greater Toronto
Specializations
Other Specializations:
Guest Speaker
Exceptional Communication, Presentation, and Teaching Skills.
Creative projects for social and community education.
Structuring, writing, and editing of Judaic materials.
Prior professional material spans the Arts.
Canadian Commemorative Medal for significant contribution to Canada.

Thesis Title:
THE STAYING POWER OF HOPE IN THE AGGADIC NARRATIVES OF THE TALMUD (2015)

ABSTRACT: The aggadic narratives of the Talmud have staying power and popular appeal for a contemporary audience, both Jew and non-Jew alike. They have much to teach about real-life issues and emotions, such as hope, that can be applied to modern living. A variety of current Jewish concepts of hope are first examined from multiple perspectives. Then scholarly approaches to the nature of traditional rabbinic narrative – aggadic, non-legal stories in contrast to halakhic literature – are discussed, followed by a survey of contemporary scholarly views on rabbinic, aggadic narrative. Critical views on the formation of the Talmud through its redactors are presented, as well as the ways aggadic narrative differs from midrash and aggadic midrash.

The heart of this thesis revolves around a literary analysis of six Talmudic Sage stories one of the earliest forms of aggada, first as seen through the eyes of Jeffrey Rubenstein, and secondly, as analyzed by this author in terms of offering complementary concepts of hope. Also, in the belief that modern-day historical fiction is a successful formula for bringing the early centuries of the Talmudic era and its precepts alive to a contemporary audience, four historical novels, with components of hope embedded in the storytelling, are discussed.

The thesis concludes with several of the author’s original stories, each presenting the miraculous aspects of hope aroused and sustained by faith, acts of kindness, and the joy of creation, encouraging human beings to rebuild in the face of disaster. These stories demonstrate that the aggadic concepts expressed in the collectivity of the Talmud are still being articulated, enriched in Oral Performative ways, and adapted to current needs, and that the pearls of wisdom found in aggadic narrative can be threaded together to form a necklace of hope.