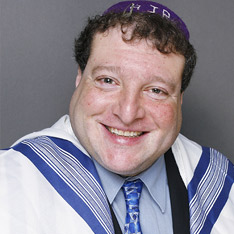 Position: Rabbi
Rabbi Jeffrey Lipschultz has been the Rabbi at Beth Judah Temple in Wildwood, NJ since 2008. Beth Judah is a historic synagogue on the Jersey Shore. Prior to arriving in New Jersey he was the Rabbi for six years at Temple Beth Sholom in Chula Vista, CA, a small conservative shul in a suburb of San Diego. Prior to becoming a Rabbi, he was an educator in Denver, Durango, and Aspen, Colorado.
Rabbi Lipschultz was raised in Tempe, Arizona where he attended a reform synagogue. As an undergraduate, he double majored in political science and psychology at Fort Lewis College in Durango, Colorado. He studied for several years in various yeshivot throughout Israel. He received a Master’s degree in Jewish education from The Jewish Theological Seminary in New York. Rabbi Lipschultz was privately ordained in Israel in 2002 and received a second ordination in 2007 from the Academy for Jewish Religion in Los Angeles as well as a Masters in Rabbinic’s.

Rabbi Lipschultz and his wife, Naomi, celebrated their 11th wedding anniversary this past November. They have two sons, Ari, age 6, and Alex, age 3. Naomi is a Physical Therapist at Cape Regional hospital in Cape May courthouse and studied PT at VMC in Richmond Virginia.
She has been actively involved in sisterhood and Rosh Chodesh programming.

Among his responsibilities at Beth Judah Temple, Rabbi Lipschultz created a stimulating adult education program. He oversees the Hebrew school and coordinates the synagogue’s interfaith activities with the general community. He was a member of the San Diego Rabbinical Association (SIDRA), is a current member of The South Jersey Association of Rabbis and Cantors, as well as a member of OHALAH. Rabbi Jeffrey Lipschultz is also the Rav HaMakshire head of Kashrut for the South Jersey Board of Rabbis and Cantors for the Atlantic and Cape May counties.

For enjoyment, Rabbi Lipschultz likes to play golf and tennis. He is a history and movie buff and enjoys listening to bluegrass music and writing articles for the Religion section of the Cape May County Harold.
Specializations

Title:
*DEATH AND ETERNITY: THE AFTERLIFE IN JUDAISM (2007)