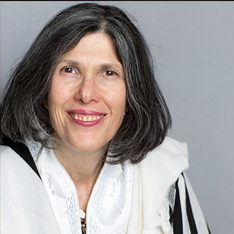 Other Specializations:
Teacher of Jewish Thought: 20th and 21st Century Jewish Thought, in particular the work of Emmanuel Levinas; gender and sexuality studies; and intersectionality with regard to race and class; Medieval Jewish thinkers with a focus on Maimonides.

Thesis Title
ANARCHIC RESPONSIBILITY AND THE LAW:
Emmanuel Levinas, Politics and Justice in the Specific Case (2013)

Abstract:
Emmanuel Levinas is a key figure in the development of that broad philosophical movement dubbed postmodernity. His work champions multiplicity and pluralism and grounds the uniqueness of the individual, not in his agonistic power, but in her irremissible obligation to the Other, that is, the other person.  Levinas worked to deploy Jewish thought as a countervailing way of doing wisdom in creative tension with, but distinct from, traditional Western thought. He insists on the inalienability of human rights that supersede the bourgeois social contract and are grounded in the Jewish idea of btzelem Elohim and also that each person is a unique event in being, irreducible to genus (or gender or race or national origin, etc.). He is also a philosopher of embodied human life.  To be a physical being, dependent on the world is not, for Levinas, an ontological insult; it is the definitive condition of the subject. ‘To be cold, hungry, thirsty, naked, to seek shelter – all these dependencies with regard to the world, having become needs, save the instinctive being from anonymous menaces and constitute a being independent of the world, a veritable subject, capable of ensuring the satisfaction of its needs which are recognized as material, that is, admitting of satisfaction’.  The body is not a Platonic prison for the soul but the vehicle for hospitality and relationship– the means of the soul’s realization.

This inquiry will apply Levinas’ thinking to political questions centered on the body.  The first section will consider the questions of healthcare reform, and the second section will consider same-gender marriage. This is not an attempt to suggest “the” Levinasian approach to either of these questions, but, more modestly, to suggest approaches that can be justified reasonably through recourse to Levinas’ thought.