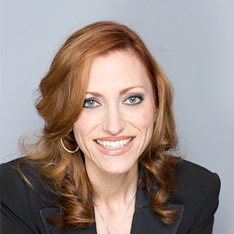 Hazzan Sandy Bernstein brings a unique passion for music and a deep commitment to Judaism to her current congregation, Temple Sholom in Greenwich, CT. Before joining Temple Sholom in the summer of 2018, she served Congregation Beth El-Ner Tamid in Broomall, PA after moving to the Philadelphia area from Los Angeles. Before leaving sunny SoCal, she served Sinai Temple in Los Angeles.

Hazzan Bernstein holds a BA in Music from California State University Northridge and completed her Cantorial studies at the AJRCA where she was ordained in 2013. She concertizes in diverse musical styles such as Cantorial, Opera, Rock, Pop, Standards and Jazz, and is proficient in Spanish and Hebrew, and can sing in both languages, as well as in Yiddish, Ladino, Italian, German, French and Latin.

Hazzan Bernstein has more than 25 years of experience teaching in religious schools, pre-schools and Jewish day schools. Her hobbies include painting, crafting, dancing and kosher healthy cooking. Cantor Sandy and her husband, Gaston (a well-known Jewish percussionist, who often accompanies her), have two daughters, Gabi and Naomi, and two sons, Daniel and Matt.